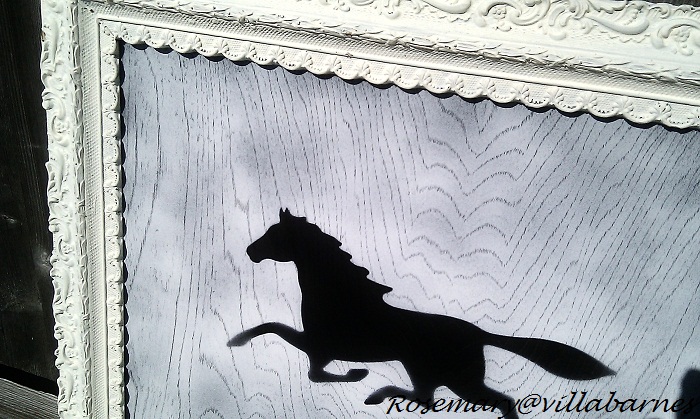 Last week, I picked up these tin animals at a resale shop. 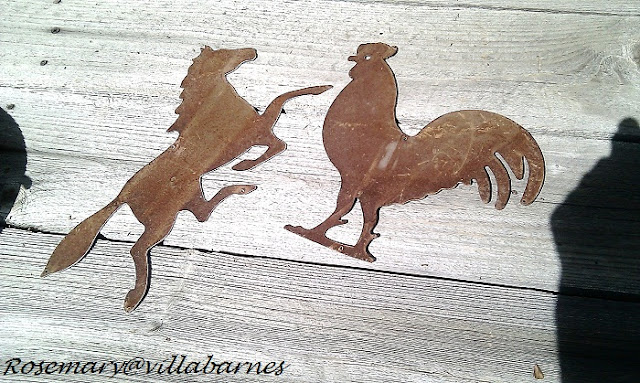 I actually had a pig and cow as well, but I sold them.  I kept the horse and rooster.  I have quite a few projects planned with them. 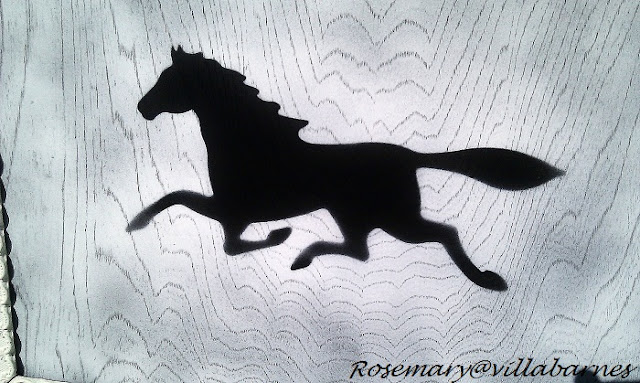 I cut a piece of wood to fit an ornate framed I painted white.  I wanted lots of texture and pattern, so I used a piece of wood with an interesting gain.  I used  light coats of  spray paint to cover the board.  I wanted the horse black, so that was my first coat. 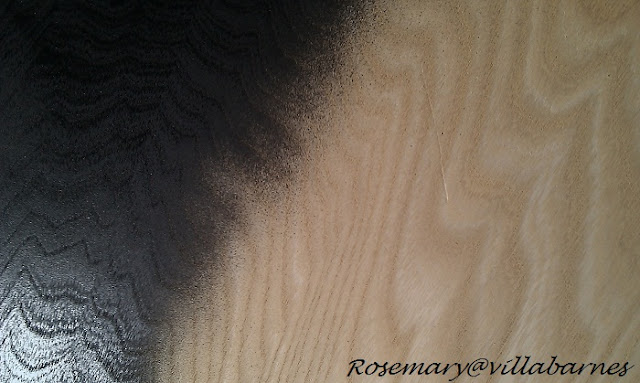 This is the same technique I used with the chandelier image in my "Garden and Distractions" post. 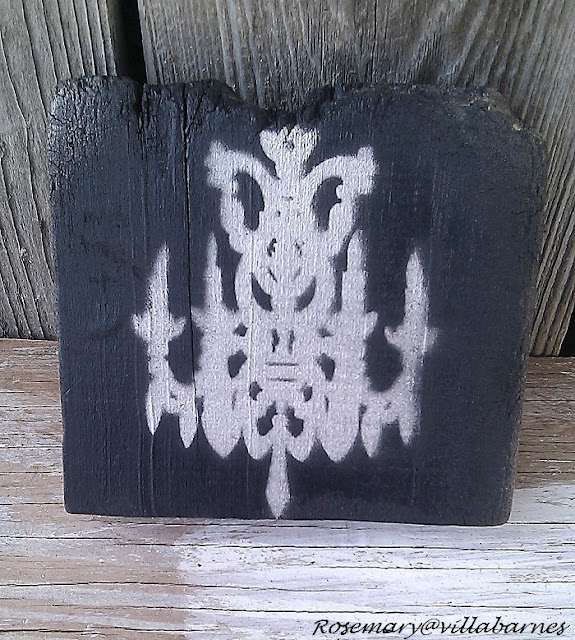 I laid the horse down in the center of the board, and did a spray of white over it. The image used has to be as flat as possible, and you need to spray directly over it. Next, I framed it. 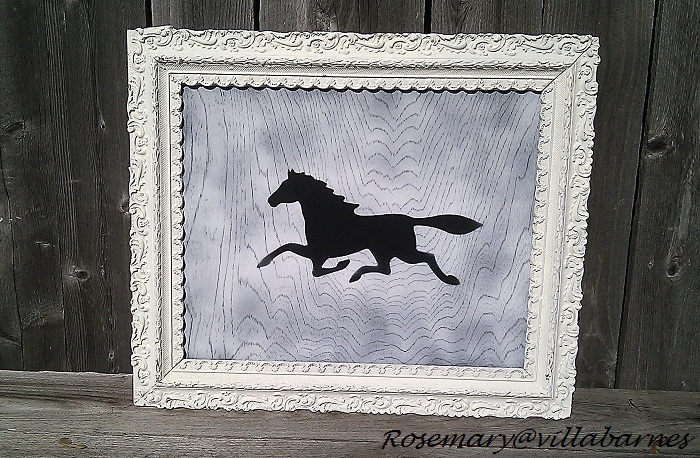 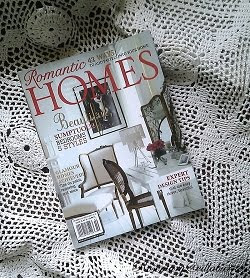 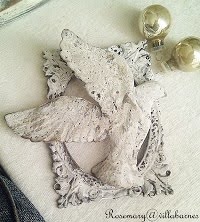 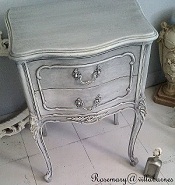 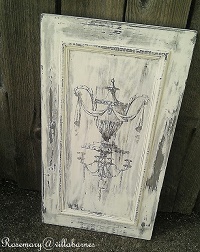 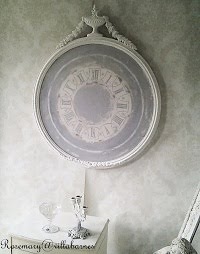 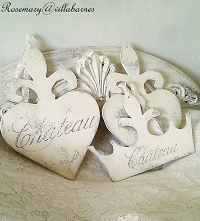